Things are never quite as they appear 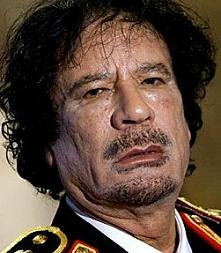 On 19 March 2011, to implement United Nations Security Council Resolution 1973, taken in response to events during the 2011 Libyan uprising, the French and British Air Forces undertook bombing raids across Libya.

A naval blockade was imposed by the Royal Navy and US and British forces fired more than 110 Tomahawk cruise missiles.

What follows is taken from the 24 March 2011 article, ‘Anti-Gaddafi plot conceived in Paris – Voltaire Network’, at the Russian - English news website.

“Thierry Meyssan, a political analyst and founder of the international NGO Voltaire Network, claimed in an interview with RT that the French and British had been preparing the operation in Libya since November 2010, and that the stakes were high.

'Sarkozy was in big trouble with Gaddafi because he cancelled a huge contract they signed together four years ago for Rafael fighters and a lot of nuclear plants,' Meyssan said.

The situation turned against Gaddafi when his ex-chief of protocol, Nouri Massoud El-Mesmari, defected in October and went to Paris.” Voltaire network

"PARIS - The French Air Force has organized a large-scale, weeklong exercise with the British Royal Air Force - which is expected to send over Tornado fighters, aerial tankers and AWACS aircraft - as part of the enhanced cooperation agreed between the two countries... The exercise, dubbed Southern Mistral, will be held March 21-25 in France, the spokesman, Maj. Eric Trihoreau, said." Defense news

So, two days before the Royal Air Force was due to hold 'a large-scale, weeklong exercise' with the French Air Force, they both began bombing the f*** out of Gaddafi’s mob. What you might call an ultra convenient coincidence.

Things are never quite as they appear, are they?
Posted by ironwand at 05:23