Trotsky would have approved 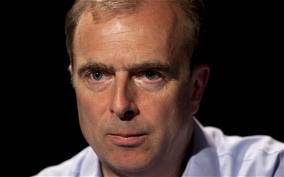 "THIS IS THE MOST REVOLUTIONARY GOVERNMENT SINCE OLIVER CROMWELL, DEDICATED TO OVERTHROWING THE MORAL, SOCIAL AND CULTURAL ORDER OF THIS COUNTRY…

The truth is – and I know it because I was a Sixties Trotskyist myself – that THE BLAIR-BROWN LABOUR PARTY IS CRAMMED FULL OF UNREFORMED REVOLUTIONARIES. THAT’S WHY THE MI5 FILES OF THAT ERA HAVE BEEN SO ZEALOUSLY DESTROYED.

I tried to obtain my own docket and was refused on feeble grounds. The fact is that mine went in the incinerator ALONG WITH PETER MANDELSON’S, JOHN REID’S AND MANY OTHERS whose interesting pasts are much-rumoured around Westminster.

But now you don’t have to take my word for it. Last week, my lonely warnings were confirmed in an astonishing public statement by Tony McNulty, Minister of State at the Home Office… Believing that everyone there was a Leftist like him, he tried to win them over with these words: 'I know it’s terribly hard to believe but I USED TO BE RADICAL MYSELF… LIKE A LOT OF GOVERNMENT, I’M AN EX-TROT’…

Looking at the bland, prosperous faces of the Parliamentary Labour Party I see my generation, the ones who between about 1965 and 1975 LEARNED TO LOATHE PATRIOTISM, THE ARMED FORCES, PROPER POLICING, PROPER SCHOOLS, TRADITIONAL RELIGION, MARRIAGE, THE MONARCHY and all the other things that ‘alternative’ comedians are paid handsomely to sneer at on the BBC.

What a conformist bunch we were. And how hard we were on anyone who broke ranks… TROTSKY WOULD HAVE APPROVED".

Though Lenin has been given most of the credit as leader of the Bolshevik revolution, Trotsky did more than any other to make it happen.

He raised many millions of dollars from American-Jewish businessmen, without which there wouldn't have been a revolution and, through the campaigns of terror he ordered and organised as Head of the Red Army, all resistance was crushed and Bolshevik rule established. Millions of innocent Russians lost their lives at this time.

Trotsky, aka Leon Bronstein, was Jewish. As were so many of his fellow revolutionaries.

As for the two 'Trots,' other than McNulty, whom Hitchens mentions in his article, Peter Mandelson's father was the editor of The Jewish Chronicle and John Reid is married to a Brazilian Jewess.

And the Miliband brothers are the sons of Ralph (born Adolphe) Miliband, a Polish Jewish immigrant who spent his adult life eulogising his fellow Jew, Karl Marx, and hawking the obnoxious German's communistic philosophies around the British university circuit.

As for the political schizophrenia that allowed Chairman Blair's political ideology to cohabit with Marxism and Thatcherite capitalism on equal terms, well, Tony's Jewish chums have held sway at either pole for a long time now.

An article first seen in an 8 March 1997 edition of The Daily Telegraph is also deeply instructive.

"When he left school he worked as a copy boy on the Communist Party newspaper Daily Worker, was secretary of the Scottish Young Communist League from 1938 to 1941, and had ambitions to become a communist MP".

Leo studied law in his spare time and became a barrister and a law lecturer at Durham University. His ambition to be a somebody led him to radical reform of his politics. He became chairman of the Durham Conservative Association and was an admirer of Thatcher and Tebbit. He spent considerable energy grooming his son Tony who, at 12, stood as a Conservative 'candidate' in his school's mock elections. In 1995, Chairman Blair's dad swapped sides once again and joined New Labour.

So, parental example has, probably, determined that it is not the extreme right or the extreme left that TB feels uncomfortable with, it's the piggies in the middle. US.

The term 'racist' was first coined in English by a Mr. Max Eastman.

He was translating a word used by the aforementioned mass murderer, Leon Trotsky, in his 1930 essay, The History of the Russian Revolution. Different translators have used the term to describe what was meant in other Trotsky articles. For example, Trotsky's 1933 essay, What is National Socialism? also contains the word 'racism,' as it has been translated into English.

The notorious homosexual 'sexologist' and self-styled 'Einstein of Sex,' Magnus Hirschfeld, finished his magnum opus in 1934, just one year before his death.

It was first published in English 3 years later by Victor Gollancz and titled 'Racism.' Hirschfeld was a German Jew. Gollancz was a Hungarian/English Jew.

The adjective 'anti-Semitic' was seen in print as early as 1860. The bibliographer, Moritz Steinschneider, used it in the phrase 'antisemitischen vorurtheile.' ('Antisemitic prejudices')

Moritz, the son of Jacob Steinschneider, a Tamudic scholar and enthusiastic early Zionist, was an Austrian Jew.

For an in depth look at some of Tony Blair's Trots, check out Former Commies in Charge.
Posted by ironwand at 02:23