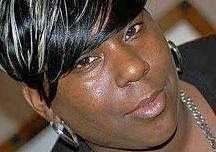 Peaches Cadogan was quoted as follows in The News of the World magazine on 29 June 2008.

"When I was about 13, I turned to the streets... I was arrested a few times and got a criminal record for robbery. We’d threaten people and take their handbags or money, then run... I’d bully and frighten people to get what I wanted... I WAS ROBBING PEOPLE AND BEATING THEM UP FOR FUN...

I was smoking weed and drinking, but crack wasn’t a big thing back then. A few people carried knives around...

My daughter ended up in foster care."

"Peaches was in and out of care as a child... The day before her 16th birthday, Peaches had a daughter, Sherena. The father was her partner at the time, a teenage hip-hop and reggae artist... HE WAS TOO YOUNG TO TAKE RESPONSIBILITY...

Peaches’ mother... looked after Sherena while PEACHES WENT BACK TO HER CRIMINAL WAYS. AT 18, SHE GOT A COUNCIL HOUSE WHICH BECAME A HANG-OUT FOR STREET GANGS.

After one nasty crime too many, Peaches pulled a three-and-a-half year sentence. Released after two, The News of the World mag takes up the story:

PEACHES DID A DEGREE IN DRAMA AND EDUCATION AND NOW RUNS A COMPANY CALLED REALITY BYTES UK, WORKING WITH YOUNG PEOPLE…

According to Decima Francis of the From Boyhood To Manhood Foundation... PEACHES IS TYPICAL of the kind of girl who ends up in a gang...

'If they’re not succeeding in education AND THE STREET IS PROVIDING THEM WITH A KIND OF ATTENTION AND WITH LOVE AND MONEY, that’s where they go...

VIOLENCE IS THE NORM IN YOUTH CULTURE. YOUNG PEOPLE THINK EVERYONE IS AFRAID OF THEM AND NO ONE CAN TOUCH THEM. Through TV, FILMS AND CULTURE WE TEACH THEM VIOLENCE IS ACCEPTABLE'."

You forgot to mention the politicians and the PC Crowd, Decima.

THEY taught young people that violence is acceptable, too. In fact, THEY are still doing so.

If there is anyone out there who still refuses to acknowledge that those who DELIBERATELY foist huge numbers of enriching savages like Peaches upon a homogenous, law-abiding and stable nation, ARE AT WAR WITH US, then THEY are winning the war.

If the majority can, even now, not see anything wrong with such foul creatures being promoted and encouraged ('she got a council house... did a degree in drama and education and now runs a company') by the powers-that-be, then the war THEY have been waging is already won. Especially when we are all aware that the solid citizen, who chooses to remonstrate with 'the norm' a little too angrily, is so often discouraged to the point of criminal sanction these days by the same powers.

Really, ladies and gents, this magazine article should clue everyone in to the reality of the way we are forced to live now. It should also have us wanting to be rid of those who did the forcing.

The News of the World magazine added:

"TEENAGE GIRLS CARRY OUT MORE THAN 40 ASSAULTS A DAY IN THE UK."

"Peaches, now 34, got into trouble during her teens and admits to being 'on the hustle,' beating people up and robbing them... As a self-confessed 'bad girl come good'... Peaches... can get through to young people in a way others cannot. She can also list actress, radio and TV presenter, poet, writer and motivational speaker among her wide range of talents.

London24’s Londoner of the Day accolade aims to honour people in the capital who have done something special."

Londoner of the Day: Peaches Cadogan
Posted by ironwand at 09:13