In 1998 another raft of race law was introduced.

This legislation quietly upped the ante so that the maximum penalty for 'incitement to racial hatred' was raised from two to seven years. 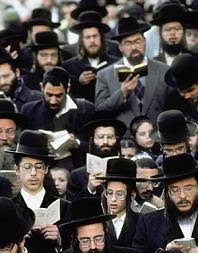 The Defence Policy and Group Relations Division, which monitors the activities of political extremists and racists, has urged successive governments to enact and strengthen race relations legislation… It has also sought allies and made common cause with other religious and minority groups.

The Board played a fundamental part in urging upon government the first Race Relations Act which was based, in part, on reports prepared for the Board by Professor Geoffrey Bindman and Lord Lester of Herne Hill. Subsequently the Board has provided written and oral evidence to enquiries which preceded the passage of the Public Order Act 1986, the Criminal Justice Act 1994 and the Crime and Disorder Act 1998...

The social climate affecting racism and racial discrimination has also evolved during that period, and many proposals have been put forward for correcting deficiencies or anomalies in the legislation… But there remains some scope for improvement.

We regard the proposals of the CRE for legislative change to be well thought out and substantiated… We are pleased to welcome and endorse the CRE’s published proposals.

In particular we draw attention to proposed 1B, which recommends that the Race Relations Act should apply to all aspects of the activities of Government and all Public Bodies. We would support the extension of the RRA to all government and public bodies. These organisations play a leading role in forming public opinion on social issues…

In addition to changes in the main body of national law, changes are needed in the rules and regulations of many institutions and organisations to decrease or remove discrimination on religious grounds."

So there we have it. He who must never be criticised screwed up our world. That long-suffering, much maligned and put upon little cringer who never did anyone any harm has been doing his damnedest to criminalise us for the phoney crime of racism since Harold Wilson's half-Jewish, Russian Home Secretary, Frank Soskice, got the first race law onto the statute books in 1965.

A south African immigrant, the lawyer, Eldred Tabachnick, was the Chairman of the Jewish Board of British Deputies at time the statement above was published.

He is a close friend of Tony Blair.

When the Home Secretary, Jack Straw, stood at the dispatch box in 1998 to explain to the Commons why even more laws were needed to bash the Brit in his own homeland, he commented thus uponthe contribution to the cause of one of his Jewish kinfolk:

"It would be appropriate to place on record not only my thanks, but the thanks of a huge number of people, for the work of Lord Lester of Herne Hill, who over the years has made probably a greater, more singular, contribution to the development of race relations legislation than anyone else in this country.

Lord Lester has been active on many anti-indigenous fronts over the years.

In a lecture given on 23 October 2003, he explained his involvement in the massive immigrant putsch of the African Asian, in the 60s and 70s, thus:

"Thirty three years ago I was co-counsel for the applicants before the European Commission of Human Rights in what is known as the East African Asians’ case. The case led to a dramatic improvement in the position of the 200,000 British Asian nationals who were being made refugees by the racist policies of the rulers in East Africa…

It was the enactment of that law in 1968 that prompted me to call, later that year, for the enactment of a British Bill of Rights to protect the constitutional rights of the individual and of minorities against what John Stuart Mill described as ‘the tyranny of the majority’.

In the introduction to a book on Race and Law, written in collaboration with Geoffrey Bindman and published thirty years ago, I asked optimistically whether the East African Asians Case, then pending before the European Human Rights Commission, might ‘eventually prompt our legislators to bring the whole of the law into harmony not only with the spirit of the Race Relations Act but also with the growing body of International Conventions and Covenants on human rights’.

It was the plight of the British Asians… that continued to inspire me during my thirty year campaign for what became the Human Rights Act 1998…
Much remains to be achieved. The Government has shilly-shallied for the past six years about whether they will ratify the additional Protocols to the European Convention, and the right to complain to the UN Human Rights Committee and the UN Committee Against Racial Discrimination…

And they have threatened to introduce legislation to cut down legal protection for the human rights of asylum-seekers… What was done to British citizens of Asian descent in 1968 is not a remote chapter of history. In times of populist hysteria, racism and xenophobia, it could happen again".

Lester was also responsible for converting Derry Irvine, Tony Blair's mentor and his first Lord Chancellor, to the merits of the European Convention on Human Rights. This set of pernicious laws enabled Europe to over-ride common sense decisions made by British courts regarding, for example, the deportation of foreign criminals to their own country of origin. This because their 'human rights' might be violated if such deportations were carried out. Derry Irvine, himself, easily persuaded Tony Blair to introduce the Human Rights law into the 1997 New Labour Manifesto.

So, according to Jack Straw, Lord Anthony Lester 'made probably a greater, more singular, contribution to the development of race relations legislation than anyone else.' He was also involved, at the highest level, in the enforced colonisation of Britain by hundreds of thousands of unwanted Kenyan and Ugandan immigrants and the the primacy of European Human Rights law within the British legal system can be traced directly to him. He also co-founded the Brit-loathing construct, The Runnymede Trust.

Bit of a quadruple whammy there, I'd say. Not exactly what I would call a bloke who has the best interests of the indigenous people of these islands at heart.

"It is well established in human rights law that POSITIVE DISCRIMINATION is entirely compatible with the human rights agenda."

'Positive discrimination,' eh? Better make that whammy a quintuple.
Posted by ironwand at 08:00