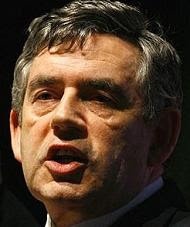 "In a speech to the CBI in London, Gordon Brown stressed that economic patriotism by European countries means they are failing to create a single market.

He sees the fact that some European countries have blocked recent cross-border corporate takeovers as a sign that such patriotism is growing.

Mr Brown went on to warn that the European Single Market was being undermined by 'economic patriot policies' being pursued by some EU members.

Europe needed to 'wake up to the costs of agricultural protectionism… we have got to prevent the retreat into protectionism,' he said."

In 1791 a centralised banking system, owned and run by private wealth, was imposed upon America.

In Final Warning: A History of the New World Order, David Allen Rivera tells us:

"When Thomas Jefferson became President, he opposed the bank as being unconstitutional, and when the 20 year charter came up for renewal in 1811, it was denied.

He then ordered British troops to: 'Teach these impudent Americans a lesson. Bring them back to Colonial status.'

This brought on the War of 1812, our second war with England, which facilitated the re-chartering of the Bank of the United States. The war raised our national debt from $45 million to $127 million."

In 1815, Jefferson wrote a letter to James Monroe, who was soon to become the fifth US President, saying:

"The dominion which the banking institutions have obtained over the minds of our citizens...must be broken, or it will break us."

The following year, Jefferson wrote to John Tyler, another future President, and said:

"If the American people ever allow private banks to control the issuance of their currency, first by inflation, and then by deflation, the banks and the corporations that will grow up around them will deprive the people of all property until their children wake up homeless on the continent their father's conquered...I believe that banking institutions are more dangerous to our liberties than standing armies...

The issuing power should be taken from the banks and restored to the Government, to whom it properly belongs."

Immediately after New Labour election victory in 1997, Gordon Brown ceded responsibility for the setting of interest rates to the Bank of England even though there had been no mention of the plan in Labour’s manifesto. The 8 May 1997 edition of The Spectator told us why:

"Mr Brown’s decision to surrender a power which previous chancellors relied upon abusing was, it seems, planned months ago. It was discussed with Alan Greenspan, chairman of the Bank’s American counterpart, the Federal Reserve, during a recent trip to the United States." 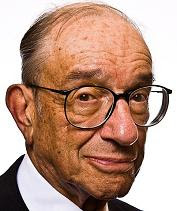 Alan Greenspan, who was knighted in 2002, in recognition of his 'contribution to global economic stability,' was head of the Federal Reserve in the US from 1987 to 2006. From 2006 he began acting as an advisor to both the Bank of England and Gordon Brown 'on issues relating to global economic change.'

His advice, it has to be said, didn't do much for us when the big bang, which his laissez-faire, hands-off approach to banking had done much to bring about, came in 2008.

The tenth shareholder being New York's Rockefeller family. Who have been described as 'secret Jews,' 'hidden Jews,' 'crypto-Jewish,' 'part-Jewish' and Marranos in many places on the world wide web.

So, who would you rather have taking care of your 10-year-old's pocket money? The top ten at the Fed Res? Greenspan, Brown and Nathan Rothschild?

Or would you rather have the third President of the United States shepherding his worldly wealth?
Posted by ironwand at 05:35