Get me Bush on the phone! 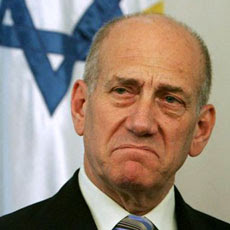 "In an unusually public rebuke, Prime Minister Ehud Olmert of Israel said Monday that Secretary of State Condoleezza Rice had been forced to abstain from a United Nations resolution on Gaza that she helped draft, after Mr. Olmert placed a phone call to President Bush.

'I said, ‘GET ME PRESIDENT BUSH ON THE PHONE,’ Mr. Olmert said in a speech in the southern Israeli city of Ashkelon... 'They said he was in the middle of giving a speech in Philadelphia. I said I DIDN’T CARE: ‘I NEED TO TALK TO HIM NOW,’ Mr. Olmert continued. 'HE GOT OFF THE PODIUM AND SPOKE TO ME'...

Mr. Olmert claimed that once he made his case to Mr. Bush, THE PRESIDENT CALLED MS. RICE AND TOLD HER TO ABSTAIN. 'She was left pretty embarrassed,' Mr. Olmert said."

On 13 January 2009, a fuller version of the Israeli Prime Minister's 'rebuke' was provided by The Press Trust of India.

"Early Friday morning, the secretary of state was considering bringing the ceasefire resolution to a UNSC vote and WE DIDN'T WANT HER TO VOTE FOR IT. Suddenly, within ten minutes it became clear that, the vote was going ahead... I said, 'GET PRESIDENT BUSH ON THE PHONE.' They tried, and told me that he was in the middle of a lecture in Philadelphia. I said, 'I'M NOT INTERESTED, I NEED TO SPEAK TO HIM NOW!

He got down from the podium, went out and took the phone call. I TOLD HIM THAT THE US CANNOT POSSIBLY VOTE IN FAVOUR OF THIS RESOLUTION. HE IMMEDIATELY CALLED THE SECRETARY OF STATE AND TOLD HER NOT TO VOTE FOR IT."

A little of Olmert's Ashkelon speech may be seen here. 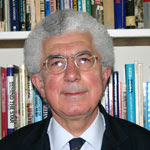 On 13 January 2009, the Israeli historian and Oxford University professor, Avi Shlaim, said this on Channel 4 News:

"The current offensive in Gaza is the climax of the Israeli tendency to shun diplomacy and compromise and to rely overwhelmingly on BRUTE MILITARY FORCE.

The key to Israel’s intransigence in the conflict is UNCRITICAL AMERICAN SUPPORT. Today ISRAEL IS, GETTING AWAY, LITERALLY, WITH MURDER IN GAZA because there is no restraint from America. THERE HAS NEVER BEEN LESS AMERICAN RESTRAINT ON ISRAEL IN THE HISTORY OF THIS TRAGIC CONFLICT.

One recent example of THIS BLIND AMERICAN SUPPORT FOR ISRAEL is the Security Council cease-fire resolution which CONDOLEEZA RICE SUPPORTED, MADE A SPEECH IN FAVOUR and everyone thought America was going to vote for it and yet, AT THE LAST MINUTE, BUSH AND CHENEY VETOED, didn’t veto the resolution but AMERICA ABSTAINED! THAT SENT A CLEAR SIGNAL TO ISRAEL THAT IT CAN CONTINUE WITH THIS INSANE OFFENSIVE.

The only thing that might change is American public opinion, as a result of EXCESSIVE ISRAELI BRUTALITY, gradually changing and that would weaken the power of the Israel lobby in Washington and eventually it might have an effect on American foreign policy towards the region…

Here is the crucial point, this is an unnecessary and illegal war because in June of, in July of last year Egypt brokered a cease-fire. The cease-fire succeeded. THE CEASE-FIRE WAS A STUNNING SUCCESS, CONTRARY TO ISRAELI PROPAGANDA. Before cease-fire came into effect, 170 KASSAM ROCKETS A MONTH WERE FIRED FROM GAZA ON ISRAEL After the cease-fire came into effect, for the next 4 months THE NUMBER DROPPED TO 3 A MONTH. Again CONTRARY TO ISRAEL’S PROPAGANDA, IT WAS NOT HAMAS THAT BROKE THE CEASE-FIRE, IT WAS ISRAEL WHO BROKE THE CEASE-FIRE BY LAUNCHING A RAID INTO GAZA AND KILLING SIX HAMAS MEN."

"Getting away with murder"?

It's not just me saying it, is it?

By 14 January 2009, 19 days after the Israelis began bombing the city, 1,013 Palestinians, more than 300 of them children, had been killed in Gaza. 4,500 people had been injured, 1,600 of them children. 3 Israeli civilians and 10 soldiers had lost their lives during the conflict.

3 of those soldiers were killed by Israeli tank fire.

During the course of the confict, Israel's President, Shimon Peres, has said this:

Peres forgot to mention that the Palestinians are not blowing Israel's children to bits with F111 warplanes, helicopter gunships, tanks, a well-equipped army and all the up-to-date technology the American taxpayer's money can buy. Which might conceiveably have made a bit of a difference in the sums.

Check out The Murderer, the rapist, the bully here.
Posted by ironwand at 03:17