In this documentary we learn that, in Spain, the sight of eight-year-old Gypsies robbing grown men at cash machines has become a commonplace. No less than 95 per cent of all the children under 14 whom the Spanish Guardia arrest up for stealing are of Gypsy origin. As they’re minors, however, they cannot be charged and are therefore freed to continue their criminal activities.

In Madrid, there is a residential centre which is supposed to assess every child who passes through its doors. However, most often, they are handed back to their minders who waste no time in getting them back on the streets.

In Milan, Italy, a state of 'gypsy emergency' has been declared. As one angry Milanese resident told Tipurita:


“These people should be killed!”

One Gypsy said he’d sold his daughter and made a tidy sum in the process.


In an attempt to trace the origins of this exploitation, Tipurita travels to his native Romania, home to the largest Gypsy population in the world. There, he meets up with Brillian, one of the most powerful leaders of the Gypsy underworld.


Tipurita: “Romania is home to the largest Gypsy population in the world. The Gypsies came here about a thousand years ago, from northern India. This man is 38 and HE HAS SO MANY CHILDREN THAT HE HAS LITERALLY LOST COUNT OF THEM…

I’ve come to one of the Gypsy crime strongholds, the city of Cryova. MOST OF THOSE IN PRISON FOR CHILD ENSLAVEMENT as a result of the police operation in Milan COME FROM HERE. This is a dangerous place…

I’m here to meet up with the powerful leader of the Gypsy underworld. (Brillian) The neighbourhood where he lives is home to over ten thousand Gypsies. Most of them belong to one clan - THE THIEVES.”

Brillian: “That’s my father, one of the greatest Gypsy leaders of Cryova. And HE WAS PART OF THE CLAN OF THE BEST THIEVES. I AM PART OF THIS FAMILY THAT OCCUPIES ITSELF WITH STEALING.”

Tipurita: “FOR HIM STEALING IS A PROFESSION THAT HAS BEEN PASSED ON FROM GENERATION TO GENERATION… Having come from a long line of thieves Brilliant has a special insight into the history of Gypsy crime…

When did the Romany Gypsies from Romania start going West?”

Tipurita: “When Brillian was a child this district was dirt poor. But at the beginning of the nineties, when THE GYPSIES FROM HERE WENT TO THE WEST TO STEAL AND BEG, the neighbourhood started to pick up.”

Brillian: “When they saw the possibility of making money, at a certain point they no longer wanted to go BEGGING themselves… Then, IN ORDER TO KEEP MAKING MONEY, UNDER THE PRETENCE THAT THEY WANT TO HELP OTHERS, THEY TRY TO PERSUADE THEM TO GO AND BEG.

Look there! What a house! What a courtyard! This guy’s called Philip, he initiated many departures. He opened the road, as they say, in a few countries: ENGLAND, IRELAND, France, Germany, Canada, Australia, America… That house and this house and this house are all his. There’s no need for him to go abroad any more. He now makes money as a loan shark”.

Tipurita: “In the last twenty years the neighbourhood has flourished. And nowadays EVERY STREET HERE HAS DOZENS OF IMPOSING VILLAS THAT BRILLIANT SAYS ARE BUILT ON THE PROCEEDS OF CRIME ABROAD.”

Brillian: “Look at this house… now there’s a guy who stayed for a long time in Italy… HE BEGGED HE STOLE, HE MADE A LOT OF MONEY. And he sent it home and started lending at interest…

These two houses belong to Merisi and Calistrada. Calistrada is my first cousin… THEY SORTED THEMSELVES OUT IN ENGLAND. A LARGE PART OF HIS FORTUNE WAS MADE FROM STEALING… IN ENGLAND...

THE THIEVING, what they’re doing now, it’s no longer a national problem. IT’S HAPPENING ON AN INTERNATIONAL SCALE. Now the whole of Europe, the whole of the world talk about the Gypsies… If the new generations growing up now continue in the same way NO ONE WILL HAVE US! THE WESTERN COUNTRIES WILL CHASE US AWAY”.

Tipurita: "Over the last twenty years I've seen the anti-Gypsy feeling getting stronger, not only in Romania but across Europe. I'VE ALSO SEEN GYPSY PETTY CRIME TURN INTO SERIOUS CRIME, INTO INTERNATIONAL ORGANISED CRIME. Most Gypsies in Romania still live in shacks but THERE ARE ALSO MANY WHO NOW LIVE IN PALACES!"

On 14 July 2009, 'Cohesion Minister,' Shahid Malik, commented thus in a House of Commons debate highlighting the difference between treatment doled out to the Gypsy and Traveller communities at the expense of local people:


"FAIRNESS DOES NOT MEAN TREATING EVERYBODY EQUALLY."

We must all be aware now that, with a good deal of multicultural relish, New Labour has been importing lots and lots of lovely, fluffy, non-indigenous 'organised crime' types into the UK in recent times. But if anyone can tell me why the law-abiding Brit should be treated less 'equally' than the beggarman thief of Romanian Gypsy origin, I'll kiss the behind of every foreigner-first PC wagtail in parliament. And, trust me, folks, that is a lot of behinds!


“We welcome the celebration of the community's history and contributions to London's culture and diversity. The Met Police works to make London a safer city for all and we are committed to understanding and working with all communities, including the Gipsy Roma Traveller community.

THE GIPSY ROMA TRAVELLER HISTORY MONTH CELEBRATES THEIR HISTORY, CULTURE AND CONTRIBUTIONS TO THE RICH TAPESTRY OF BRITAIN'S DIVERSITY.”


“Their arrival in the capital is said to have led to A HUGE RISE IN THIEVING AND PROMPTED THE CREATION OF A SPECIALIST POLICE SQUAD TO TACKLE THEIR SINISTER ACTIVITIES. Yet in a move which has caused disbelief amongst rank and file officers, Scotland Yard has asked staff to 'celebrate' the contribution of Roma gipsies to 'London's culture and diversity'...

Following the expansion of the European Union, the number of Romanian criminals known to police in central London rose from 12 in 2006 to 214 last year.

Earlier this year, police staged a dramatic series of dawn raids in Slough, Berkshire, in a campaign to stamp out a Fagin-style crime ring involving Romanian slave children smuggled into Britain. TEN CHILDREN WERE TAKEN INTO CARE AND 24 OF THEIR SUSPECTED CONTROLLERS ARRESTED ON SUSPICION OF HUMAN TRAFFICKING AND ORGANISING THEFT INVOLVING UP TO £1BILLION A YEAR. MANY OF THOSE ARRESTED WERE UNDERSTOOD TO BE ROMA GIPSIES...

Police have estimated that EACH ACTIVE ROMANIAN CRIMINAL MAKES ABOUT £100,000 A YEAR - MOST OF WHICH IS CHANNELLED BACK TO HIS HOME COUNTRY TO FUND LUXURY CARS AND HOMES.”

Here’s what a 'furious' detective had to say about Ms Milani on the Metropolitan Police's intranet website notice board:


“POLITICAL CORRECTNESS OFF THE RICHTER SCALE! What planet is this lady living on? WE HAVE BEEN RUN RAGGED BY GANGS OF ROMANIAN GIPSIES WHO ARE TARGETING INNOCENT PEOPLE IN THE WEST END. HOW IS THAT ENHANCING THE RICH TAPESTRY OF CULTURAL LIFE IN BRITAIN?”

In my book Ms Milani is committing a criminal act here. Her directive aids and abets a community whose criminal activities are directed at us. If I was the boss she would be locked up in the same jail cell as the Romanian Gypsies she seems to like so much. I doubt she'd be celebrating their culture after five minutes with your average bunch of Pikey child-traffickers.

Speaking of criminal acts, in October 2009, Milani’s son, Karl Josephs-Milani, who was still living with his mum at the time, appeared at Westminster Magistrates Court to deny two charges of sexual assault on the London Underground. 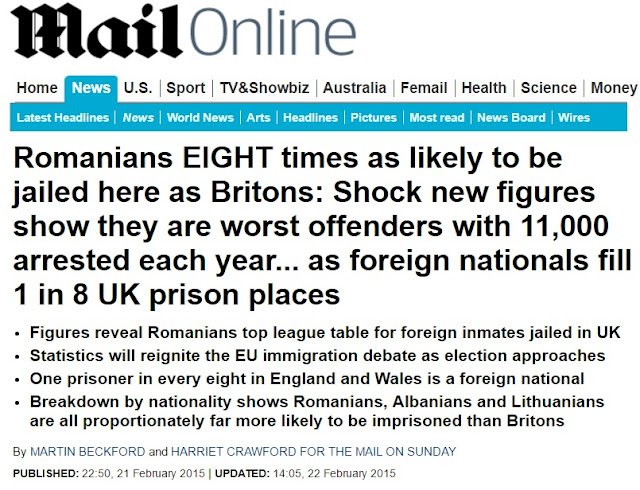