Labour was one day away from handing Gibraltar to Spain

On 24 January 2012, Macer Hall, political editor of The Daily Express, told us this: 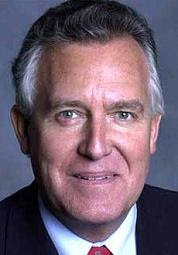 Former Europe Minister Peter Hain’s memoirs disclosed details of secret talks with Spain. He admitted being desperate to sweep away the ‘colonial nonsense’ of British rule over the Rock and agreed a deal WITHOUT LETTING THE PEOPLE OF GIBRALTAR KNOW’…

In his book Outside In, he also revealed Mr BLAIR AND FOREIGN SECRETARY JACK STRAW ENTHUSIASTICALLY BACKED A PLAN FOR SHARING SOVEREIGNTY OF GIBRALTAR THAT WOULD HAVE BROUGHT 300 YEARS OF BRITISH RULE TO AN END. 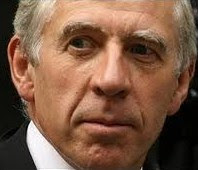 ‘JACK’S DESIRE TO DO SOMETHING ABOUT GIBRALTAR COINCIDED WITH MY GUT INSTINCT that it was ridiculous in the modern age for Britain to have a colony on the tip of Spain nearly 2,000 miles away,’ Mr Hain wrote.

Mr BLAIR SUPPORTED THE PLAN ‘because he attached great importance to a close relationship with Spain and Italy in that order,’ said Mr Hain, adding: ‘I DON’T REGRET WHAT WE DID’."

Of course you don't, Pete.

Would there be anyone within New Labour's elite corps of Brit-bashing globalists who might regret doing things that we never wanted done? Would there be any who regretted 'keeping' those 'things hidden' from us that they knew we wouldn't like?

Keeping things hidden is how you get things done in Trot Town. It's how the corrupt and disgusting get to change the world for the worse.

The Traitor Within. An appropriate phrase. Except for this: Jack Straw is 'third generation Jewish.' And Peter Hain is a Kenyan-born South African. Would such as these be inclined to care for, understand or love the British in the way that a true Brit should?

Not traitors then. Just plain old-fashioned enemies of the British people.

What about Blair, he'd be a traitor, wouldn't he? Oh yes, he'd be a traitor to the British as a whole. However, seeing as he is Scots-Irish, the English might have just cause to describe him as a 'plain old-fashioned enemy', particularly when one investigates his anti-English policies and the composition of his Cabinets and Ministries.

Well, the Kenyan born South African was in there representing our best interests for 28 months all told. 28 months doing what the British people wanted him to do. You know, just like he was when he was after giving away Gibraltar to Spain?

Doug Henderson was Blair's first Europe Minister. The Scottish chap ruled the roost for 14 months. The LSE-(hotbed of Marxist activity since the twenties)-educated, Joyce Quin, an English woman with an Irish name was in there for 12 months.

Then came the bash-Iraq and lie-through-your-teeth-to-do-so zealot, Geoff Hoon. This great traitor (English) was in place for nine months.

After Hoon, Keith Vaz bestrode the stage. An ideal choice for Europe Minister, seeing as how the current Chairman of the Home Office select committe is an African-Asian. He was the boss for 8 months.

Then it was the Kenyan South African's turn.

After him came the A1 Anglophobe, Denis MacShane, a.k.a. Denis Matyjaszek (his original name).

Born in Scotland to an Irish mother and a Polish dad, he was top of the pile for 31 months.

The elite Scot, Douglas Alexander, was in place for 12 months, then it was back to tried and tested treachery in the shape of Geoff Hoon for the next 13 months.

Under Gordon Brown things didn't change much. A Scot with an Irish name, Jim Murphy, was his first choice. Murphy was part-raised in South Africa and was once top poodle at New Labour Friends of Israel. He was in situe for 16 months.

The tawnily sha**able PC sneerer, Caroline Flint, who was, at one time, married to a Tunisian whose violent behaviour saw him deported from these shores, was our Europe Ministress for nine months.

Baroness Kinnock, top bitch of the Euro-guzzling, Labour-leading clan, was parachuted nepotistically in for four months. 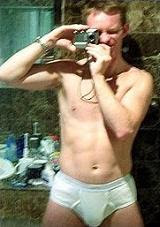 She was followed immediately by another Welsh personage in the shape of underpant fairy, Chris Bryant, who was our pink and fluffy representative in Europe for the last seven months of New Labour.

British traitors, enemies of the English or both? You decide.

Whatever the aforementioned Europe Ministers are, if they, along with Brown, Blair, Mandelson, Straw, Harman and the Milibands, aren't all dangling from a rope at some point in the next decade or two, I will die an unhappy man.
Posted by ironwand at 03:41