"A neuroscientist who claims to have fathered 58 children while running a 'one-stop shop' sperm donor programme has walked free from court after being convicted of molesting one of his clients.

Professor Gennadij Raivich, 52, from North London, set up a 'breeding programme' on the internet to artificially inseminate women who were desperate to start a family... But a court heard how Raivich 'exploited' women who were 'desperate to conceive' from his own 'sexual gratification'. He even told victim Claire Long that her chances of becoming pregnant would be increased if she orgasmed during the insemination process, the court was told.

The professor, an expert in maternal and foetal medicine who worked at University College London, was found guilty in July this year of sexually assaulting Ms Long. He was cleared of abusing two other women.

But he avoided being jail today after the judge said he had already suffered a loss of reputation and employment."

How about the 58 children he ushered into our world? Who's raising his offspring? who's paying for them? How will his behaviours affect the gene pool?

If this Jewish professor was intending to affect said 'gene pool,' as well seeking to gratify his perversions, he is not the first to do do.


"British Scientist 'FATHERED 600 CHILDREN' BY DONATING SPERM AT HIS OWN FERTILITY CLINIC… Bertold Wiesner supplied sperm to the partners of infertile men from the middle and upper classes, including ‘PEERS OF THE REALM’.

An article the couple wrote in 1945 about their work prompted a peer to denounce their activities in the House of Lords as ‘THE WORK OF BEELZEBUB’. Geoffrey Fisher, then Archbishop of Canterbury, also demanded the closure of the clinic…

Bertold Wiesner set up the controversial London Barton clinic with his wife Mary Bartons in the 1940s. Only select members of the couple's friends were chosen as donors to help women conceive 1,500 babies.

Weisner, whom The Mail describes as ‘British’, was, in fact, an Austrian Jew.


"An eminent London doctor fathered more than 100 children in an effort to give the world as many copies of his 'superior' genes as possible. Derek Richter, a neuro-psychologist who ran a unit of the Medical Research Council, regularly donated sperm over a six-year period to a London clinic that provided artificial insemination for infertile women."

Richter is a common German name. It's also a common Jewish name. I wonder whether it was Teutonic or Jewish supremacism that had Derek Richter inflict his genetic code upon the rest of us?

You know, this is not evolution, people. It’s planning. Long term planning. Bertold Wiesner, Derek Richter and co. were thinking long-term when they impregnated 1500 British women. Those who created a situation where we cannot keep the HIV immigrant out and saw to it that the 'last blonde on earth' will bite the dust in a century or two mapped out our disappearance long ago.

And if you think I’m being melodramatic, check out the essay Interbreed and Blend and go figure.

Tinkering with our genetic make up appears to be big business these days.


“London fertility clinics are turning to foreign sperm donors in a bid to beat record shortages… More than a third of recruits joining the capital’s fertility registers are now non-British. The majority are Australians and South Africans but donors from Poland, the Ukraine and Colombia are also high up the list…

Tim Mott, spokesman for the Bridge Centre, said… ‘It used to be British students. But non-British donors are now easier to recruit. The reason we have a high number of foreign donors is they probably need the money and anonymity doesn’t make any difference to them. They know no one will be able to find them in 18 years’ time’.”

At the same time as all this is happening, the sexually irresponsible immigrant is playing havoc with the sexual health of our nation.

Health officials have written to more than 400 women to warn them they might have the deadly virus after having unprotected sex with him.

The immigrant, who arrived in the UK on a visitor’s visa in 2002, has admitted HE CANNOT REMEMBER HOW MANY WOMAN HE HAS SLEPT WITH. He told doctors he had sex, which was often unprotected, with women he met in two nightclubs in Leicester – the now-defunct Dark Club and the Burlington Club.

Last December, he was admitted to the Brandon Mental Health Unit at Leicester General Hospital where he slept with fellow patients… Dr Philip Monk, a consultant for the Health Protection Agency (HPA) East Midlands, said…

‘There is a possibility it could be more than 100… We are concerned that there is a risk that the HIV positive individual may have passed on the infection’… The man is now being cared for by the NHS outside of Leicestershire.

Two years ago, more than a thousand patients were placed on alert after a hospital worker was diagnosed with HIV and hepatitis B. In the first incident of its kind, the unnamed employee was diagnosed with both blood-borne viruses while working in the NHS.”

He’s being 'cared for?' 'By the NHS?' Why isn’t the alien degenerate in jail, where he can’t infect any more brainwashed slappers? Oh, right. I was forgetting. Big Brother is at war with us. And the immigrant is his footsoldier. As are so many of the 'unnamed employees.' Who work for the NHS.

Big Brother is shuffling us off in more ways than one, folks.

Do you really not give a damn that the genetic code of the great British tribes is gradually being watered down and will eventually disappear? Don’t you care that, in a few short years, no one in this country will look like anyone in the family album? I mean, that is the plan, you know. In fact, that has always been the plan. That’s what the melting pot is. That’s what they’re after. Coffee-coloured people by the score. 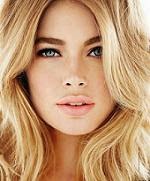 A study by experts in Germany suggests people with blonde hair are an endangered species and will become extinct by 2202. Researchers predict the last truly natural blonde will be born in Finland - the country with the highest proportion of blondes… They say too few people now carry the gene for blondes to last beyond the next two centuries."

Figure it out, folks.

Before we're all gone.

Figure it out. It's not rocket science.
Posted by ironwand at 18:55